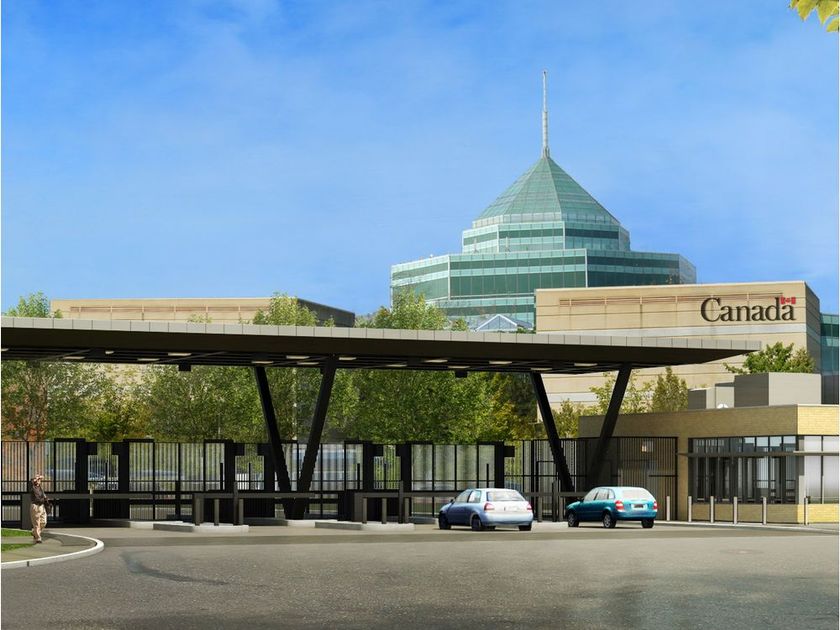 Most of us are familiar with the landmark “needlepoint building” that once housed Ottawa’s largest tech company, the now fallen Nortel, located just off Moodie Drive right near the 417 Highway. This iconic building sat empty for several years after the Nortel collapse, until the Department of National Defense (DND) finally made a successful bid to revamp this large 370-acre campus into their new DND headquarters. – Ottawa Community News

As with many major retrofit projects, delays were inevitable. Nearly a decade into this 800-million-dollar project, it is running almost two years behind. The end result of this three-phase shift will see 8,500 Civilian and Military personnel being transferred to the old Nortel campus, with the end target being March 31, 2020. – Ottawa Citizen

One area that is seeing significant growth from the first phase of 3,500 workers being transferred is real estate in Ottawa’s west end. Month after month the west end districts have seen the majority of price hike growth on properties, according to the Ottawa Real Estate Board. Coincidentally, the bottom 10 districts are located around the current DND Headquarters located at 101 Colonel By Drive, which will be shutting it’s doors once the new DND headquarters is staffed. – Ottawa Citizen

Although it is still too early to determine exactly the influence that the new DND headquarters will have, this early evidence is a strong indicator that prices will continue to grow in the clustered communities surrounding this major new employment hub.