PENTHOUSE with approx. 118 sq ft of balcony! Welcome to 170 Preston. Affordable boutique condos located in the Heart of Little Italy. Whether you are a first time homebuyer, downsizing or looking for a great investment property, 170 Preston is a great opportunity to live in or to be part of one of Ottawas most desirable areas. Walking distance from Dows Lake, Lebreton Flats & LRT. Enjoy Little Italys vibrant Festivals from the Roof Top Terrace. Everything Little Italy has to offer right at your front door step. Pedestrian friendly and beautifully maintained landscaped streets & sidewalks make evening walks most enjoyable. Professionally managed by Huntington Group. Many upgrades incl. bathrooms, surround sound, LED lighting. Building was a Finalist in GOHBA Awards 5-9 Storey Category. (id:30732)

One Seventy Preston Condo Ottawa is a low rise boutique condominium building in the heart of Little Italy. It was completed in 2018 by Roof Over Head Developments. This low-ris... Read More

One Seventy Preston Condo Ottawa is a low rise boutique condominium building in the heart of Little Italy. It was completed in 2018 by Roof Over Head Developments. This low-rise building stands at five stories tall and contains 15 condominium suites. The units feature air conditioning, en suite laundry, private balconies and large floor to ceiling windows to usher in natural sunlight. Floor plans range in size from 665 sq ft to 1,022 sq ft plus balcony space. There is also 2,400 sq ft of commercial space on the ground floor of the building. The building features a fabulous rooftop terrace as well as underground parking. One Seventy Preston Condo Ottawa is a 15-minute walk from Bayview Station.

Little Italy is known for its amazing restaurant scene. From the classic Italian restaurant, Giovanni’s, to the popular sports bar, The Prescott, there are restaurants on this street that have been around for 40+ years. Some popular newer restaurants nearby include Two Six {Ate}, Evoo Greek Kitchen, Flap Jacks Pancake Shack, RAW, and the Moon Room. Heart & Crown is in the neighbourhood as well for fun evening outings. Preston St is also home to both Absolute Comedy Club and Yuk Yuk’s comedy club for evening entertainment all week long. Little Italy is home to two of Ottawa’s most popular fitness chains – Greco Fitness and Yoga Town.

Perfectly located in Little Italy, One Seventy Preston Condo Ottawa is walking distance to both Dow’s Lake & LeBreton Flats. Residents can enjoy easy access year road to Ottawa’s world-famous Rideau Canal. In the winter skate from Dow’s Lake to the Byward Market and in the summer enjoy the water by running or biking along the path, or kayak, paddleboard or boat down the waterway. LeBreton Flats is home to Ottawa’s biggest outdoor music festival, Bluesfest, which is held annually in July.

One Seventy Preston Condo Ottawa is located in Little Italy.  The new Trillium Bike path lets you take advantage of hundreds of bike trails as you explore Little Italy. It is home to some of Ottawa’s biggest festivals, Italian Week in the summer and GrapeFest in the fall. Little Italy is also just a short walk from Ottawa’s most popular festival, Bluesfest, which takes place on neighbouring area Lebreton Flats every July.

One Seventy Preston Condo Ottawa is a low-rise building. Low Rise apartments can be found all over the world. Depending on the city, they can be highly sought after living arrangements. Low-rise condos refer to buildings of less than four stories. They tend to be walkups without the benefit of an elevator. The charm and character of these buildings make up a large part of the draw. Smaller buildings that are less expensive to build overall, may include more architectural features and other design features that set it apart. Newer builds, in particular, will strive to keep the continuity of the neighbourhood. They may take historical reference from the buildings around them, and strive to offer what can’t be found in high rise buildings. These thoughtful Low Rise projects are of particular importance in neighbourhoods where bylaws stand to uphold sight lines and other existing community elements.

In some parts of the world, the buildings may have historic value and are sought after for their cultural cache. The uniqueness of these buildings sets them apart as one of a kind living spaces. Older low-rise buildings may lack some of the amenities of newer low-rise builds. However, new units are not as easy to find with rising costs to build and developers wanting to maximize the number of units in their buildings. This is most evident in urban centres where density and cost of the footprint for the land are high. In the developing suburbs around city centres, new builds of all heights can be found. The density of outer urban centres is increasing at super speed. These newly designed communities offer much by way of options, including interesting low rise choices. 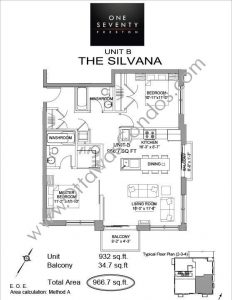 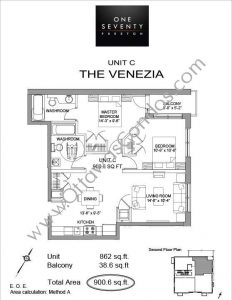 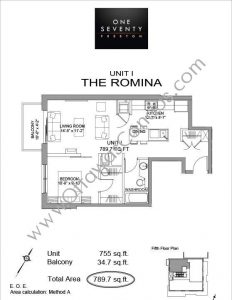